We believe the people of God, who seek to walk and grow in wisdom and faithfulness, need to be guided by the word of God. We believe the word of God is active and trans-formative. It calls us from our fallen, sinful and foolish ways, to the ways of the Kingdom and our Savior, as we seek to be ambassadors of our Lord Jesus and work to implement His will on earth as it will be in Heaven. Therefore, TRANSFORMATIONAL ministry will be at the core of what we offer to our congregation and community.

We believe Worship should be an oasis in the desert. A place where God’s people can be revitalized, renewed, inspired and encouraged.

We believe our church is a community of believers where people are known by name and engaged in friendship. 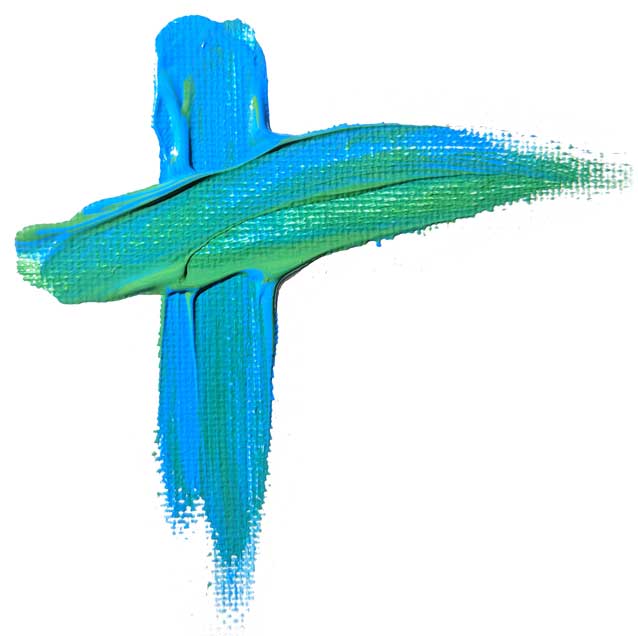 As a Christian church, Southminster affirms that Jesus Christ lived, died, and rose so that we might have eternal and abundant life in and through Him.

Southminster is a Presbyterian congregation. The word Presbyterian comes from the New Testament Greek word “presbuteros” which means “Elder”. It is a designation that our congregation is led by the Elders of the church, members who are identified as having a particular spiritual maturity, that is necessary for the guidance of Christ’s church. While Elders can be men or women of any age, all Elders are called to servant leadership under the authority of Jesus Christ and the Word of God, and guided by the Holy Spirit.

We believe God created the universe and all that is in it.

We believe that all humans are sinful and bring hurt and heartache into the world through our sin.

We believe that Jesus the Messiah was God incarnate and therefore co-eternal and co-equal to God the Father, and in choosing to come to earth to die for our salvation, Jesus demonstrated His great love for humanity.

We believe in the forgiveness of sin, which is made possible by the atoning sacrifice of Jesus.

We believe eternal life is available for all who accept Jesus’s sacrifice as a sufficient atonement for their sin.

We believe that Jesus is the way, the truth and the life, and that eternal life is found only through Him.

We believe the Holy Spirit is the presence of God in the world and in the believer.

We believe the church is the universal company of Christians and that believers are strengthen in our faith by our involvement in a local congregation.

We believe the church is the Body of Christ and that we are called to work together for the Kingdom of God, regardless of earthly and temporal titles and classifications that often divide Christians.

We believe the Bible is the inspired revelation of God’s character and activity to all people, and that it should be viewed as authoritative wisdom for all matters of life and faith.

We believe  baptism unites us with Jesus Christ and makes us members of God’s family, the church.

We believe communion is a time to renew our faith and encourage participants with a reminder of the Good News of Jesus’ death and resurrection for their salvation.

We believe communion is open to all who place their faith and trust in Jesus Christ as their Lord and Savior.

We believe the church is called to make a positive impact on the world, as ambassadors of the love and grace of Jesus.

In the early 1990’s many Christians in the fast-growing southeast section of Gastonia, North Carolina felt the need for a new church in the area. With the encouragement and support of the Presbytery of Western North Carolina, a new church development began and Reverend Dr. Jerry Bron was called to serve as pastor for the developing church.

On Chartering Sunday, October 2, 1994, one hundred fifty-five people stood to pledge their commitment to the new church development. These individuals became the charter members of Southminster Presbyterian Church.

Later that year, sixteen acres of land was purchased at 1401 Hoffman Road by the Presbyterian of Western North Carolina to build the campus for the new church. On March 24, 1996 ground was broken for the construction of the new facility. At this time, the original sanctuary, church offices and classrooms were constructed. Phase one of the building was completed through the Genesis Campaign and the first worship service at the Hoffman Road campus was held on Easter Sunday in 1997.

In 2003 Southminster expanded through Phase 2 of construction: The Exodus Campaign; and added a dedicated youth ministry space, gymnasium and athletic field.

In 2005 Southminster merged with Armstrong Memorials Presbyterian Church of Gastonia and the two congregations became one. The Armstrong Campus is now the Gaston School of the Arts on Union Road in Gastonia.

Pastor Jerry Bron served Southminster for sixteen years, as the founding pastor and church planter, before his retirement in 2010.

In the summer of 2013, Southminster called its second pastor, Reverend Dan Oedy. Pastor Dan began his ministry at Southminster in the fall of 2013 and was officially installed as Pastor in January of 2014. In October of that year Southminster celebrated its 20th Anniversary and recognized Dr. Jerry Bron as Pastor Emeritus for his leadership.

In 2016 Southminster completed a Mission and Vision process to guide the church into a promising and healthy future. For two years a strategic plan was built around the mission and vision plan, and plans were set in place for a redevelopment of the programs, ministries and facilities of the church.

In September of 2019 Southminster celebrated it’s 25th anniversary and burned the mortgage on the second phase of construction, while voting unanimously to take on the construction plans of Phase 3: The Joshua Initiative.

Every square foot of the now more than 20-year-old facility is being renovated and updated. The emphasis of the Joshua Initiative is the construction of a new sanctuary, the transformation of our original sanctuary to the Welcome Center changing the traffic flow and orientation of the campus and updating the facility while tending to all necessary repairs.

Southminster continues to be a growing, warm and welcoming community of faith, committed to a vibrant and uplifting worship experience, rooted in the wisdom and guidance of God’s word. It is the mission of Southminster Presbyterian Church to: REACH out with the love of Jesus, TRANSFORM lives with the word of God, and SEND forth disciples to serve in the Spirit.

In order to fulfill its purpose (REACHING out with His love) our REACH ministry focuses on engaging individuals who are outside the current membership of the congregation.

In order to fulfill its purpose (TRANSFORMING lives with His word) the TRANSFORM ministry focuses on the proclamation and teaching of God’s word and the vibrancy and effectiveness of our worship and study programs.

In order to fulfill its purpose (SENDING disciples to serve in His name) the SEND ministry works with individuals in the congregation to discern their particular spiritual gifts and align those gifts with the needs of Christ’s Kingdom.

Welcomed to everybody.
Casual attire with guaranteed smiles.